Discover the turbulent tale of Victoria’s gold rush through the individual stories of just 20 objects.

Gold was first discovered in Australia in 1851 – first in New South Wales and then in Victoria. The finds caused a sensation. Stories of fabulous discoveries in California were already famous and the Australian finds promised the same opportunity. Men throughout Australia immediately downed tools to ‘rush’ to the goldfields, soon joined by others from New Zealand. By the following year thousands began to arrive from Britain, Europe, America and then China. The impact on farms and businesses was devastating at first. As Lieutenant-Governor Charles La Trobe wrote to his superior in England, ‘Cottages are deserted, houses to let, even schools are closed. In some of the suburbs, not a man is left.’

The lure of gold was huge. It represented the opportunity of a lifetime to escape from the relentless cycle of hard work and low pay that was the lot of most people. As stories circulated of fabulous finds literally picked up from the ground, gold fever gripped the imagination of thousands on both sides of the globe. Soon every available vessel had been commandeered for the long journey to Australia, and Victoria was inundated by eager gold seekers. In 1851 Victoria was still a sleepy little outpost of Britain, with a population of just under 100,000. Over the next decade this would double, then double again, to reach 537,847 in 1860, and that only included those who had stayed! Many more had come and gone.

In the early years of the gold rush Melbourne was a city in chaos. Every inch of floor and almost every table and bath in the hotels and lodging houses was occupied. Hundreds at a time spent a night or more on the wharves amongst the barrels and bales. Thousands more went to ‘Canvas Town’ – a sprawling, makeshift tent city on the southern bank of the Yarra, near where the National Gallery is today. Everything was soon in short supply and prices soared. Canny traders made quick fortunes and there were plenty of rogues ready to fleece trusting newcomers. Most would-be miners set out for the diggings as quickly as they could – while their money lasted.

Although the stories of gold made it sound easy to make a fortune, the reality was very different. Miners worked long and hard in difficult and sometimes dangerous conditions, with no certainty of success. Writer and miner William Howitt described gold digging as, ‘a lottery, with far more blanks than prizes,’ and many who had travelled half way around the world returned home disappointed. At the same time prices on the diggings were ruinous – not least for the gold licences each miner had to buy. Disappointment fuelled resentment. Agitation against the gold licences spread throughout the diggings in 1854, culminating in the short-lived, but bloody Eureka Stockade. Chinese miners were also targeted by European diggers resentful of their patient success and dogged perseverance.

There is a rich lode of stories of gold-rush Victoria to be discovered and the 20 objects chosen for this exhibition show just how varied they can be. From tiny manuscript dairies kept by men and women on the goldfields, to a replica of the largest nugget found in the world at the time, this exhibition has stories for everyone.

*Please note: some objects present in the original exhibition have been excluded here for copyright.

Race to the Gold Diggings board game

The Australian Sketchbook: colonial life and the art of ST Gill

It is an easy thing to say "I'll go to the diggings" but no one knows what it means till he has tried it. Author and miner, William Howitt Object 2 in Gold Rush: 20 Objects, 20 Stories is a watercolour by Samuel Thomas Gill, on loan from State Library Victoria.

Caroline Chisholm (1808-1877) was one of the most famous people to visit the Victorian goldfields during the 1850s. Unusually for a woman at this time, she pursued a public career in philanthropy that made her a household name both in Britain and in Australia. 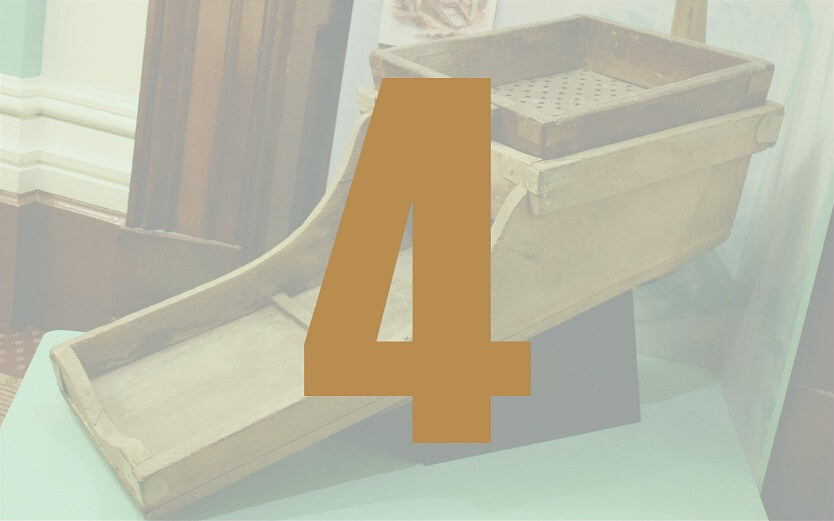 There are, we should say, about a thousand cradles at work, within a mile of the Golden Point, at Ballarat. There are about fifty near the Black Hill, about a mile and a half distant, and at the Brown Hill Diggings there are about three or four hundred more. During the 1850s the population of Victoria almost trebled as gold seekers surged into Melbourne then onto the goldfields. The gold licence The colonial governments in Melbourne and Sydney imposed a licence fee to dig for gold. 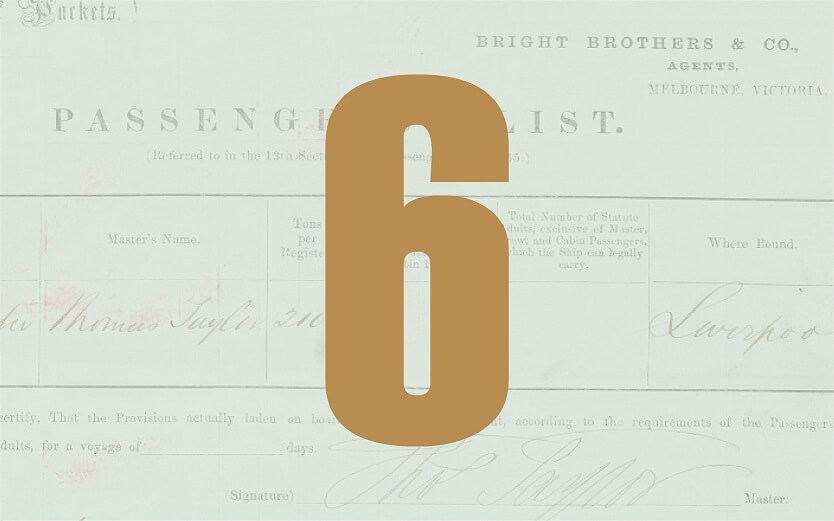 Shipping register of the Royal Charter

In the early 1800s the voyage from Europe to Australia took between four and five months. By the 1850s sleek, faster clipper ships had been designed. Captains of the clippers regularly competed with each other to make the quickest trip. 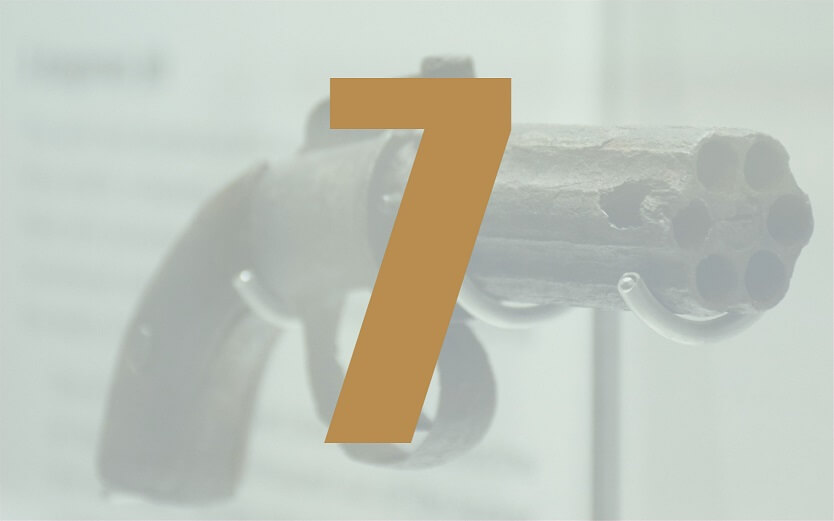 A pistol from the Eureka Lead, Ballarat

The diggers seem to have two especial propensities, those of firing guns and felling trees. - Author and miner, William Howitt These dilletantes [...] send the bullets in all directions, even into other miners' tents. Diary of an Unknown Miner

[A]dvise him first to go and dig a coal-pit; then work a month at a stone-quarry; next sink a well in the wettest place he can find, of at least fifty feet deep; and finally, clear out a space of sixteen feet square of a bog twenty feet deep. Between 1851 and 1861 Australia exported at least 30 million ounces (850 metric tons) of gold - more than one third of the world’s total. The diggings were a casino but the prizes went more to men of strength and stamina. 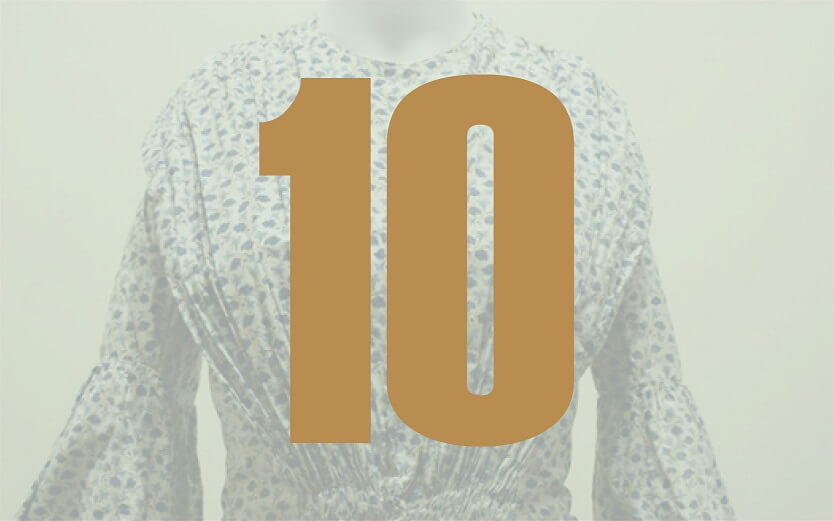 This summer day dress was in the 'must-have' style of the mid-1850s. It was known as a crinoline, from the wide, bell-shaped skirt. Women of all ages and all classes of society wore crinoline dresses in Victoria, though they were not very practical for everyday tasks about the house. 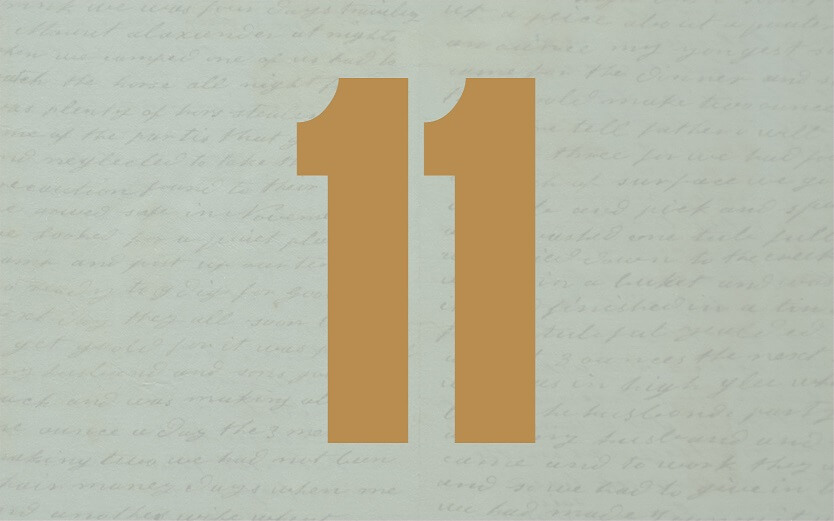 Sarah Davenport: a working woman at the diggings

In about 1869 Sarah Davenport sat down to record her experiences of immigration and life in New South Wales and Victoria in the 1840s and fifties. Her laboriously handwritten account was entitled 'Scech of an emegrants Life in australia from Leiving England in the year of our Lord 1841'. 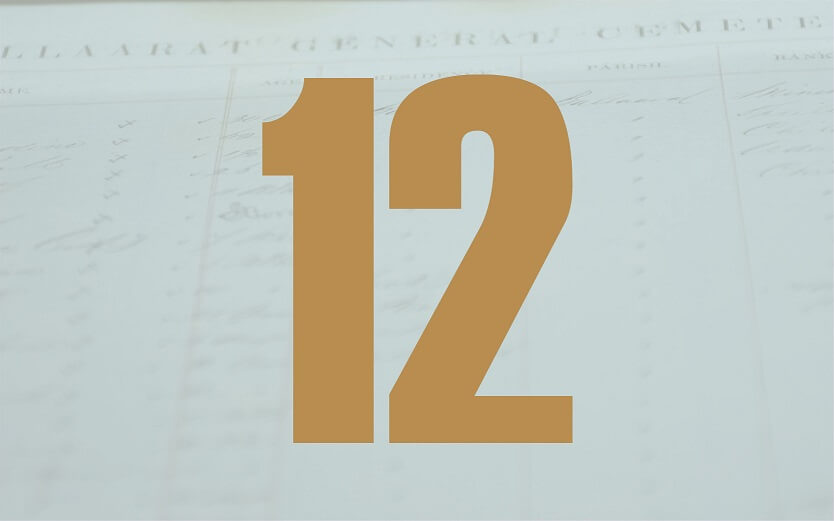 A child’s life Goldfields must have been exciting places for children, but also unsettling and dangerous. Families moved about a lot. They often lived in makeshift shelters and there were hazards everywhere.

In 1907 the Premier of Victoria Thomas Bent purchased Victoria the Golden from the artist William Strutt for £120 and presented it to the Victorian Parliamentary Library. 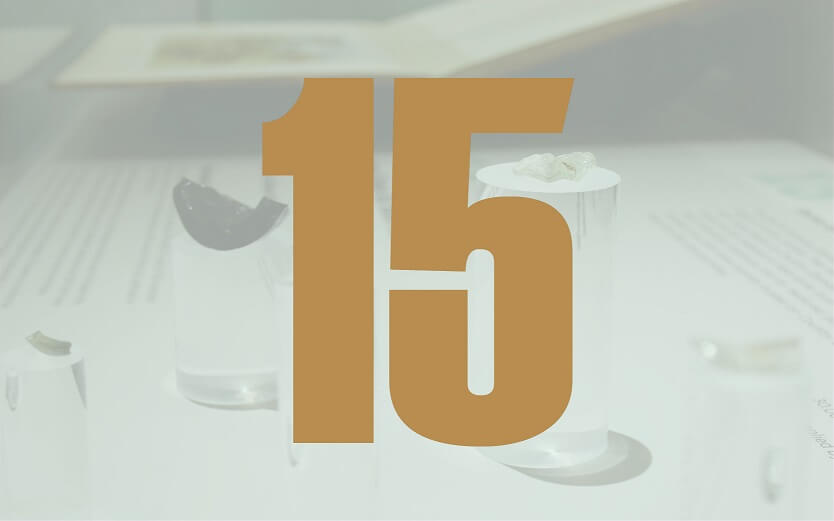 Glass tools made by the Dja Dja Wurrung (Djarra) People

The Dja Dja Wurrung (Djarra) People lived on Country in the Bendigo region of central Victoria. They were highly resourceful people. There were many places on Country (Djandak) that Djaara People could access the raw materials to make stone tools for hunting, gathering, food preparation, ceremony, and for medicinal purposes. 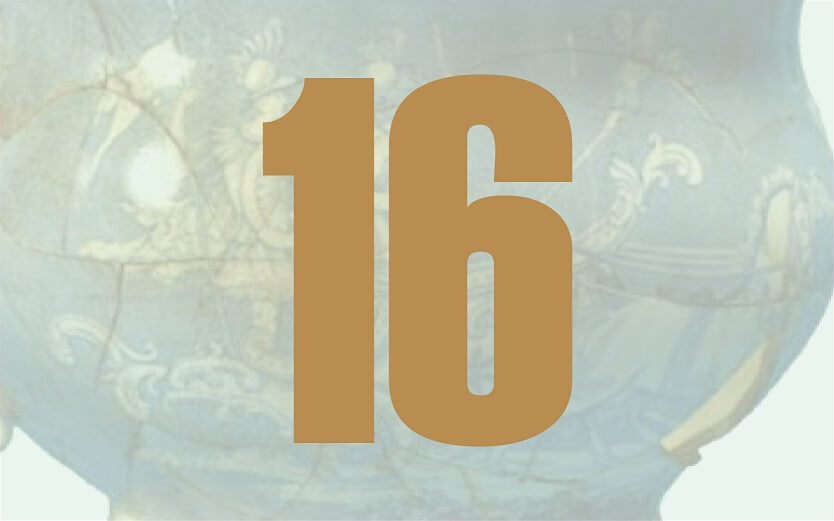 They say a person is defined by their chamber pot. Well probably not, but it is easy to imagine that this would be just the style that Mayor Smith or his wife Ellen would have fancied for themselves. 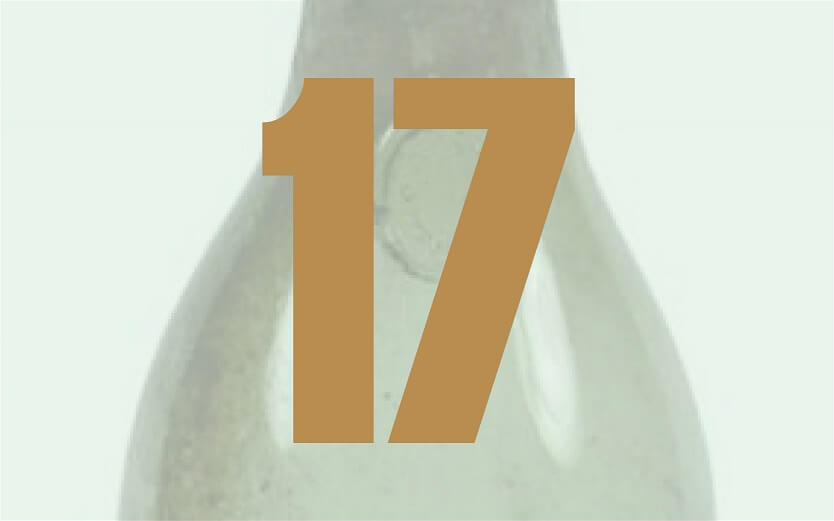 This absinthe bottle was found in a rubbish pit at Little Lon (in Melbourne’s north-east corner) with nine more just like it, along with French champagne bottles, imported spirits and 300 odd oyster shells. 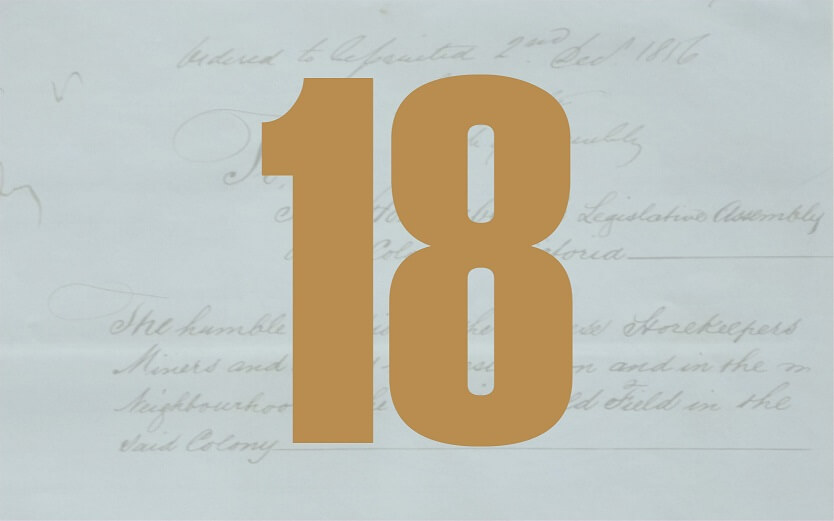 The humble petition of the Chinese Storekeepers

The humble petition of the Chinese Storekeepers, miners and others now resident on and in the neighbourhood of the Bendigo gold fields in the said Colony, ordered by the Legislative Assembly to be printed 2 December. What is the 20th Object…? The Old Treasury Building, of course! The volume of gold found in the first few years of the gold rush was staggering - some six million ounces was brought to Melbourne between 1853 and 1857.